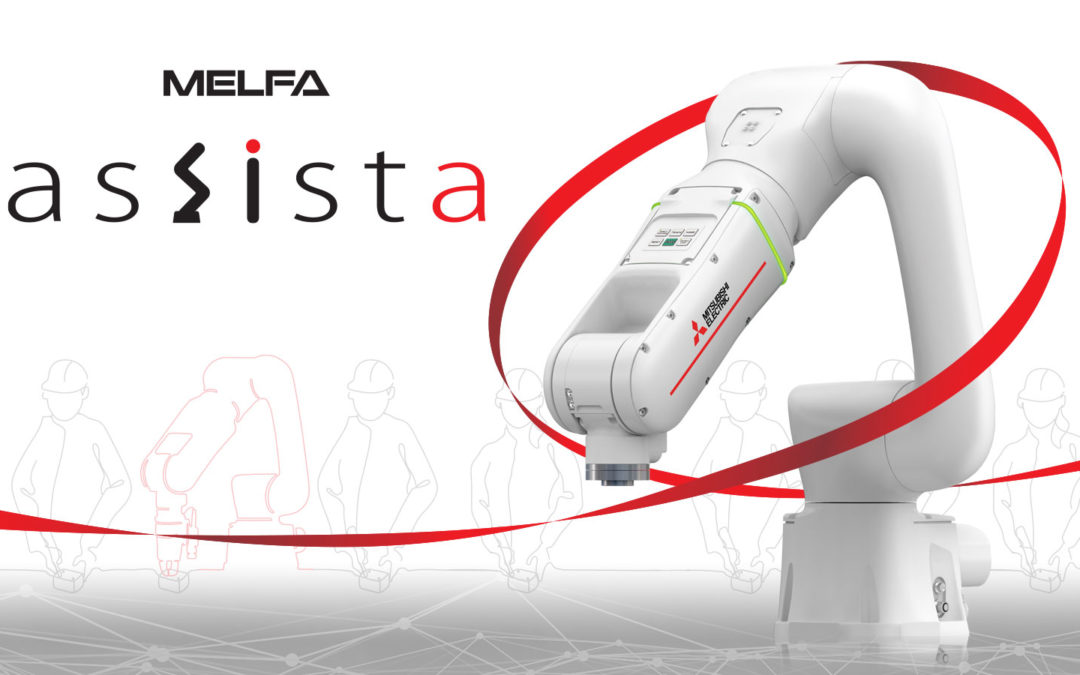 Mitsubishi Electric has announced the release of its first collaborative robot, MELFA ASSISTA. As a collaborative robot, it is designed specifically to work in a cooperative environment with humans in a way that prioritizes workplace safety. ASSISTA’s internal wiring, rigid, industrial-grade design, and next generation components make it a true “industrial cobot” – featuring the performance you need while remaining safe and easy to control.

Here are a few of the most important features:

Programming without a teach pendant – The operation buttons on the arm of the robot give you an easy way to control the robot. A teach pendant is not required for programming. The LED on the robot arm changes color depending on the status of the robot, giving the operator a quick visual cue about what the robot is doing.

Easy programming with the RT VisualBox engineering software – You can create programs visually using the intuitive operations of the RT VisualBox software. The software allows operators to program the robot with a “train by demonstration” programming interface. This allows for the movement of the robot arm position to set waypoints easily.

Wide variety of components and applications – Grippers, fingers, vision and other peripherals have been developed by a group of organizations known as the MELFA Robot Partners. These tools can be easily setup and configured for your application. ASSISTA can also be configured to move freely as part of an AGV/AMR system or as a mobile robot.

As the newest member of Mitsubishi Electric’s family of world-class robot products, ASSISTA speaks to the mantra “quality, performance, and compatibility”.

Get news and updates about the latest automation and pneumatics solutions.